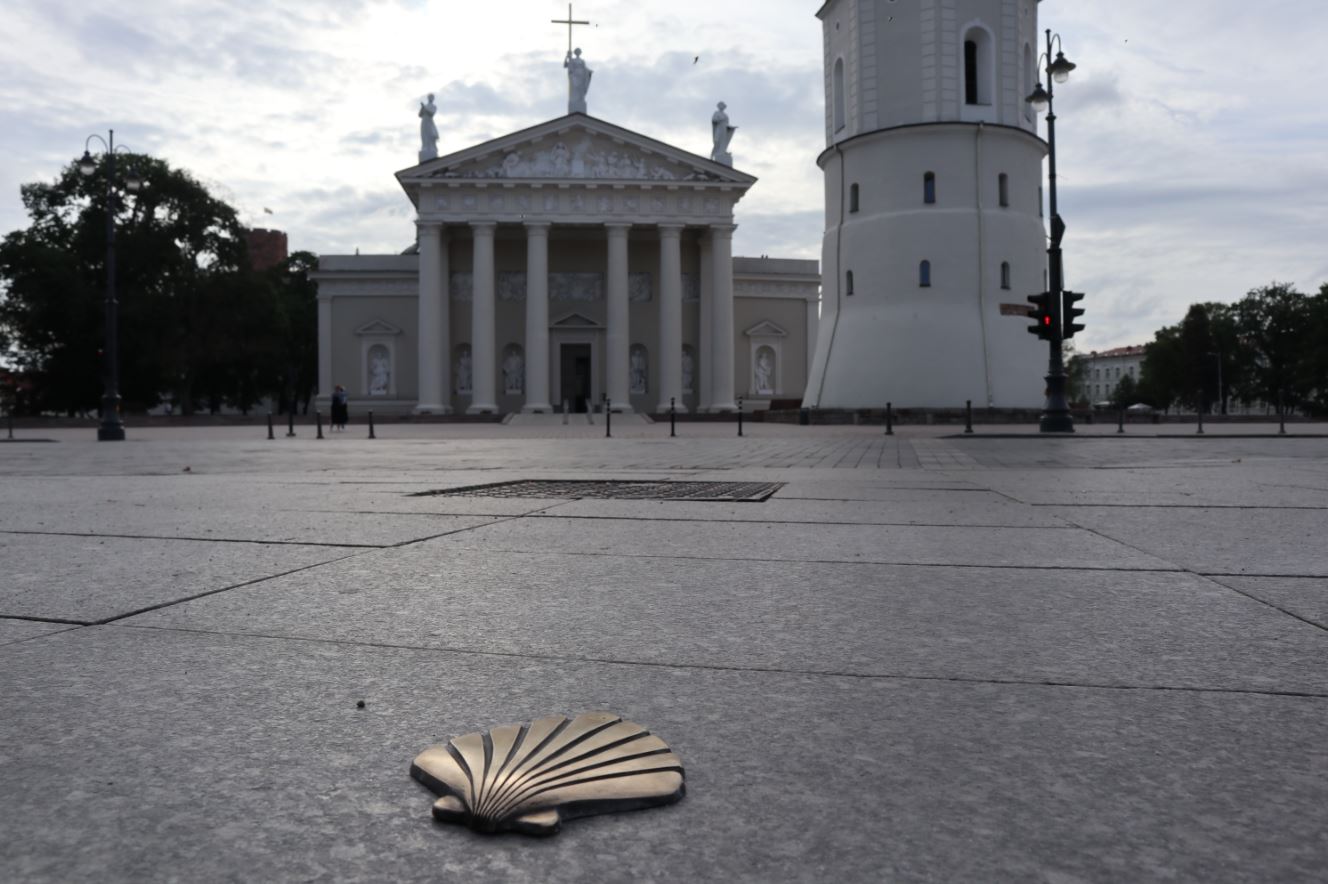 Vilnius was decorated in road signs of the Way of St. James

Today in the morning, the first bronze signs marking the Way of St. James – Camino de Santiago – extending through Vilnius were set up in the capital of Lithuania.

Shell-shaped signs were installed on the sidewalks at three places of the capital city – in Gediminas Avenue near the Cathedral, in Aušros Vartų Street near the Gate of Dawn sanctuary, and in Vasario 16-osios Street near the Church of Sts Philip and Jacob, which testify that Vilnius, the capital of Lithuania, is on the Way of St. James.

“The Way of St. James – Camino de Santiago, is the first and oldest European cultural way which stretches across Europe. The signs of this way can be found on the paving of squares of many European capitals and cities. As from today, the signs of the Way of St. James, which not only mark this pilgrimage way, but also are the symbol of the European unity and its Christian roots, will decorate the capital of our state”, said Dr. Laima Andrikienė, a member of the European Parliament and a March 11th Act Signatory having presented the capital with these signs.

So far, solely the Church of Sts Philip and Jacob has been marked with the sign of the Way of St. James – a ceramic tile bearing this sign of a pilgrimage way approved by the European Council – in Vilnius; also, the section of the road of Vilnius stretching from Vilnius to Trakai has been marked with these signs easily recognized by pilgrims.

The Association of Friends of the Way of Saint James operating in Lithuania since 2013, also the Association of Municipalities of St. James’s Way established in 2016, which is a full-fledged member of European Federation of Saint James Way, has been in charge of markings of St. James’s pilgrimage ways, shrines, other sights and lodging places. The General Assembly of this Federation will be held in Vilnius on the 26th of June, which will be attended by members of the Federation from Spain, Portugal, France, Holland, Belgium, Italy, Poland and Lithuania. Lithuania will take over the presidency of the European Federation of Saint James Way during the General Assembly in Vilnius for the term of one year.